A Relaxation Massage is a Swedish styled massage that uses essential oils to help immerse you in a complete state of relaxation. The gentle yet dynamic strokes of a relaxation massage treatment may bring quick relief to a busy mind. The resulting elevation of mood and increased peace of mind are just one of the many benefits of a Relaxation massage. Increased circulation of peripheral blood and the instinctive release of nervous muscular tension (including the breath through the lungs via the abdomen) are the hallmarks of a good Relaxation treatment.

The flow on effects from a deeply relaxing Acquiesce session include mental clarity, release of drama and more rational approach to future plans and decisions. Allow the healing essential oils to sink into your body and mind and open you up to a better way of being. Relax. Totally

A brief history of Massage:

Various forms of therapeutic superficial tissue manipulation have been practiced for thousands of years across cultures. Chinese use of massage dates to 1600 BC, and Hippocrates, the Father of modern western medicine, made reference to the importance of physicians being experienced with "rubbing" as early as 400 BC. There are references to massage in ancient records of the Chinese, Japanese, Arabic, Egyptian, Indian, Greek, and Roman nations. References to massage are also found in the Bible and the Vedas.

In more recent times massage spread throughout Europe during the Renaissance. The technique that is currently called Swedish massage was developed in the 19th Century by Per Henrik Ling (1776-1839) as a combined form of massage and gymnastic exercises. George and Charles Taylor, two physicians who had studied in Sweden, introduced massage therapy to the United States in the 1850s. In 1873, the term massage entered the Anglo-American medical lexicon. By the early 1930s, massage became a less prominent part of American medicine and was displaced by a focus on the biological sciences.

Interest resurged in the 1970s, particularly in athletes and as a complementary therapy to promote well-being, relaxation, pain-reduction, stress-relief, musculoskeletal injury healing, sleep enhancement and quality of life. A common goal of therapy is to "help the body heal itself."

See After your Treatment advice. 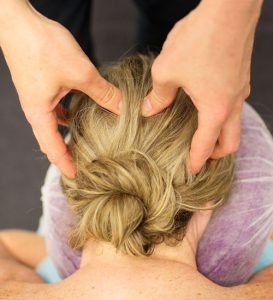 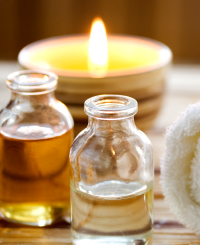